Which is the Smallest Airport in the World?

Which is the Smallest Airport in the World? 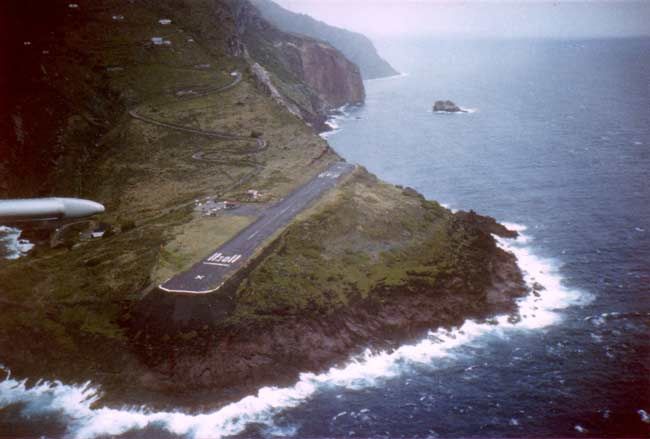 Imagine a place right in the middle of the sea. The wind blows as possible as it can, every side of the land is surrounded by cliffs and escarpments, except for one protrusion from the corner. An airport path that was constructed on this protrusion is as long as 39 seconds, equal to four times Usain bolt running. However, planes are faster than him so does not make the situation more dangerous? Does it?

Juancho e Yrausquin Airport (SAB), Saba, Netherlands, located at one of the coasts of the island in the Caribbean. It only offers tarmac to planes, unlike beach airports. Despite the high quality of the layer on the top, the airport has the smallest path in it. The length of the path in this airport is just 396 meters! Almost the same with airplane carrier!

When we evaluate its beginning and end by gazing at escarpments and cliffs surrounding it, it seems hard for landing off successfully. So that it makes it one of the most dangerous airports in the world. If a pilot breaks some seconds later, the plane might fall from the cliff.

With amazing beaches and magnificent nature, Carrabien Island has been popular with travelers and tourists for a long time.